Back home after the Carr Fire

Well, I am home and, as it turned out, our home is fine. As I indicated in my previous post, I very much want to be a part of the Redding, California community and contribute to disaster relief and resettlement efforts. Having said that, I’ve been engaged in volunteer work.

I’m not sure how negatively a disaster of this scale will impact employment prospects here, however I’m still very much interested in finding employment in the Redding, California area (so that I can stay here). Yet, I know this sounds crazy to some people but no, I don’t want to live and work in the San Francisco Bay Area… and I can’t seem to say that often enough for all the incredulous people out there but I really don’t. My next post will make it more apparent why.

Here, I’ll leave my readers with images I’ve taken after the Carr Fire hit my area, along with a synopsis of the damage sustained, quoting from my Quora blog entry:

Since the Carr Fire event, which prompted a mass evacuation on July 26, 2018, I’ve corresponded with friends who wanted to know, after everything had settled down more or less, what the landscape looked like around me. In a neighborhood behind mine, roughly the distance of two blocks away, over a dozen homes burned down to their foundations. Down the street, just a few minutes’ walk away, a few others were completely obliterated.

At our home however, the only remnants of this event were ash littered everywhere and plants that were marred by embers (though our amazing gardener cleaned up the vast majority of this before I ventured outside the next day). A friend suggested taking photos to keep a personal historical record as the city rebuilds, so I started with our yard to show the result of raining embers and ash from the massive damage the houses behind us sustained. And then perhaps I’ll move on to structures later.

Due to the thickness of the leaves, it seemed that the jade plants (Crassula ovata)were the only ones that caught the embers, which, I imagine fell through leafy plants that were flimsier. 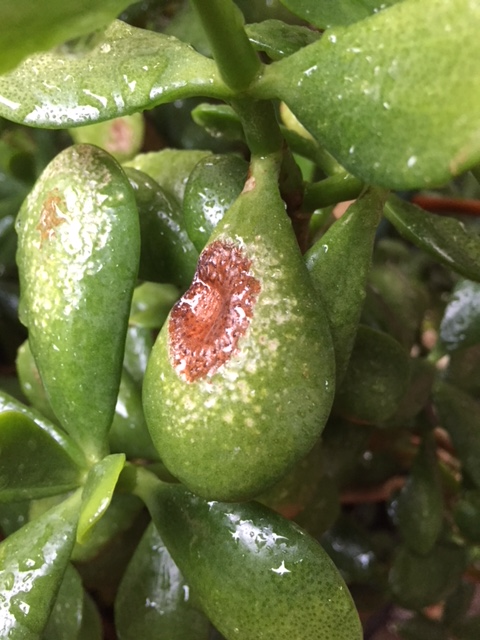 Due to the shape of the leaves and their positioning, the lily pads caught more ash than any other plant. 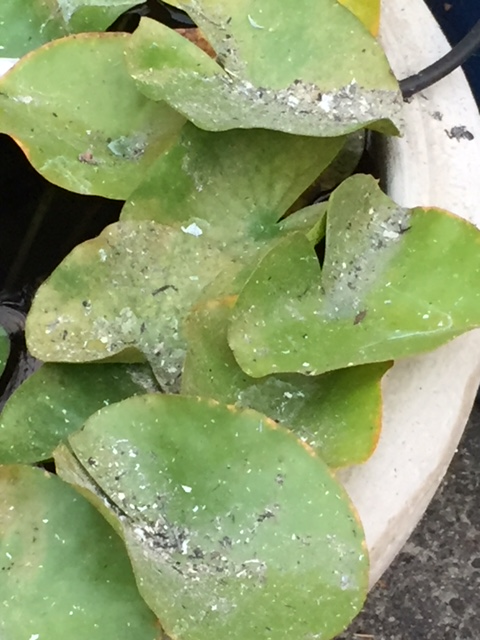 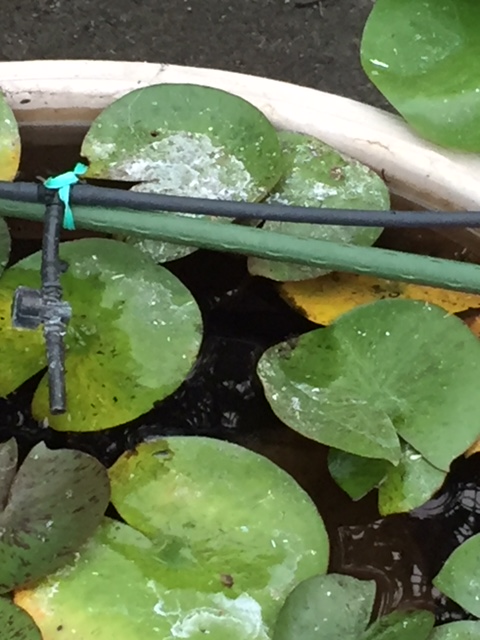 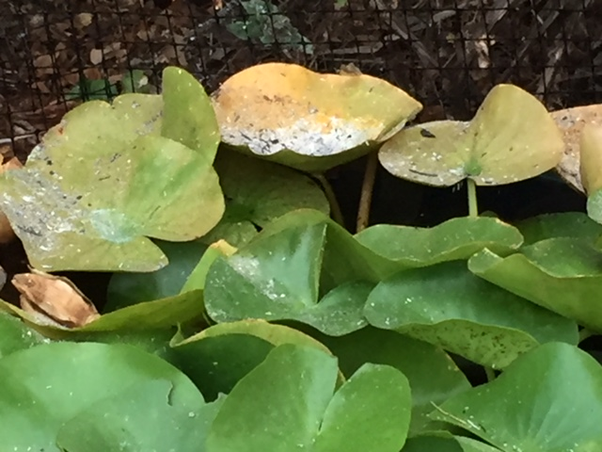 So damage was very light at our location. We were lucky in many ways – fortunate to be able to make an easy, smooth getaway the night tens of thousands left town and fortunate to have our home. For a number of others elsewhere however, it was pandemonium and destruction:

2 responses to “Back home after the Carr Fire”